Mags du Cookies? 🍪 We use cookies to personalize content and advertisements, to be able to offer functions for social media and to analyze the access to our website. We also share information about your use of our website with our social media, advertising and analytics partners. Our partners may combine this information with other data that you have provided to them or that they have collected as part of your use of the services. More Information

We started our project in February 2018. At that time the name was: 'Project Janus'.
At that time, my goal was to unite all freight forwarders in one tool, which unfortunately turned out to be more difficult than I assumed, since other tools already had so-called 'clients' that could automatically record tours. Around February 2019 I developed our own game software to record the data from ETS2 and ATS, which also worked very well in the beginning, but became a challenge over the next few months, as the first players came to take a closer look at our tool and test it.
It quickly became clear to me that some of them wanted to test not so much the system as the trickiness of the software, which I was right, however, because I could then eliminate potential weaknesses right from the start.

In the meantime we have a game client that runs very stable, receives new features from time to time, a website that is constantly being developed and a team that is constantly trying to help new players and to explain everything about TrucksLOG.
We don't want to be 'better' like others, we want to be 'different'!


What do we do differently from others now?

On the one hand, we develop our own billing system based on real specifications, if possible. Unfortunately, in the games themselves there are data that are given to us, which miss the reality, but we have to live with that.
On the other hand, we are in a kind of symbiosis with the players. We react extremely quickly to questions, concerns or suggestions for improvement. These concerns are discussed internally and if we think one or the other makes sense, we change it.
Constructive criticism is accepted as well as praise for the project.

If you have read this far, you can now read the rest ;-)

We have made the game client lean and functional as far as possible, as it primarily integrates the purpose of data transmission. Everything else only loads the user's computer. 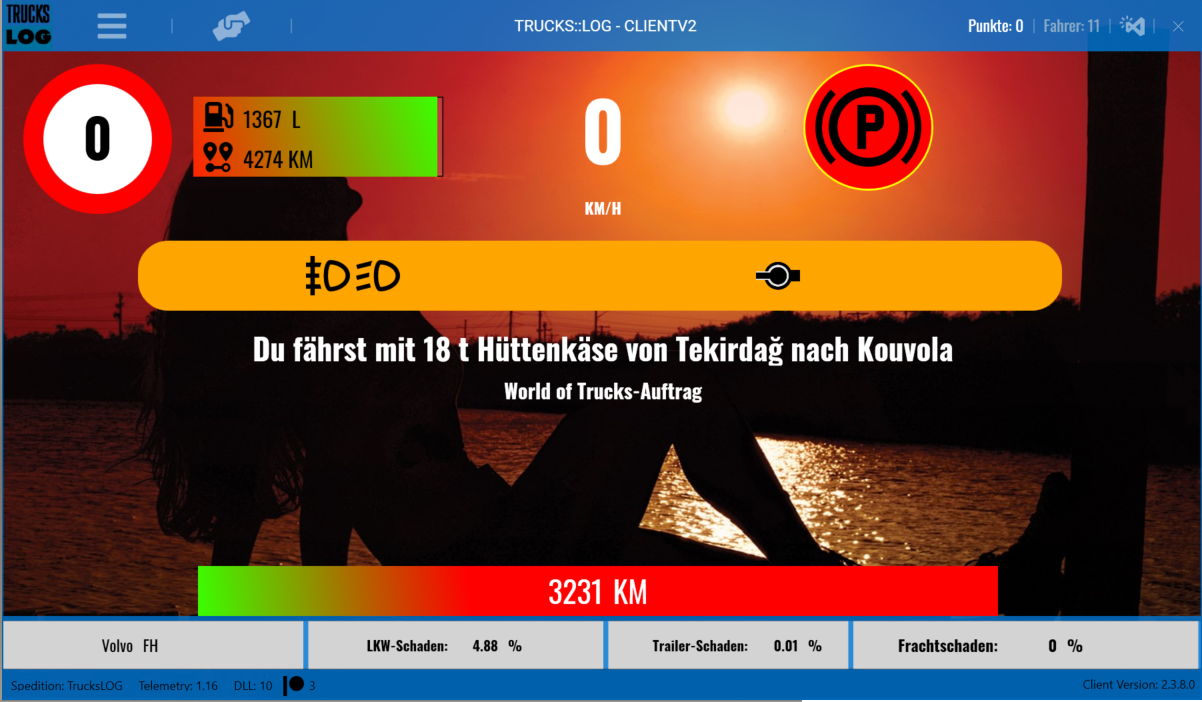 In the game Client you can see not only your number of points (you get points if you drive over 100 in ETS2, over 80 in ATS) and many other important things about the game.

You can also make settings on the client yourself.
You can, for example, change the background image (some defaults or you choose your own image), you can put the client in the autostart or switch the Anti-AFK Bot on / off and change the text for it. 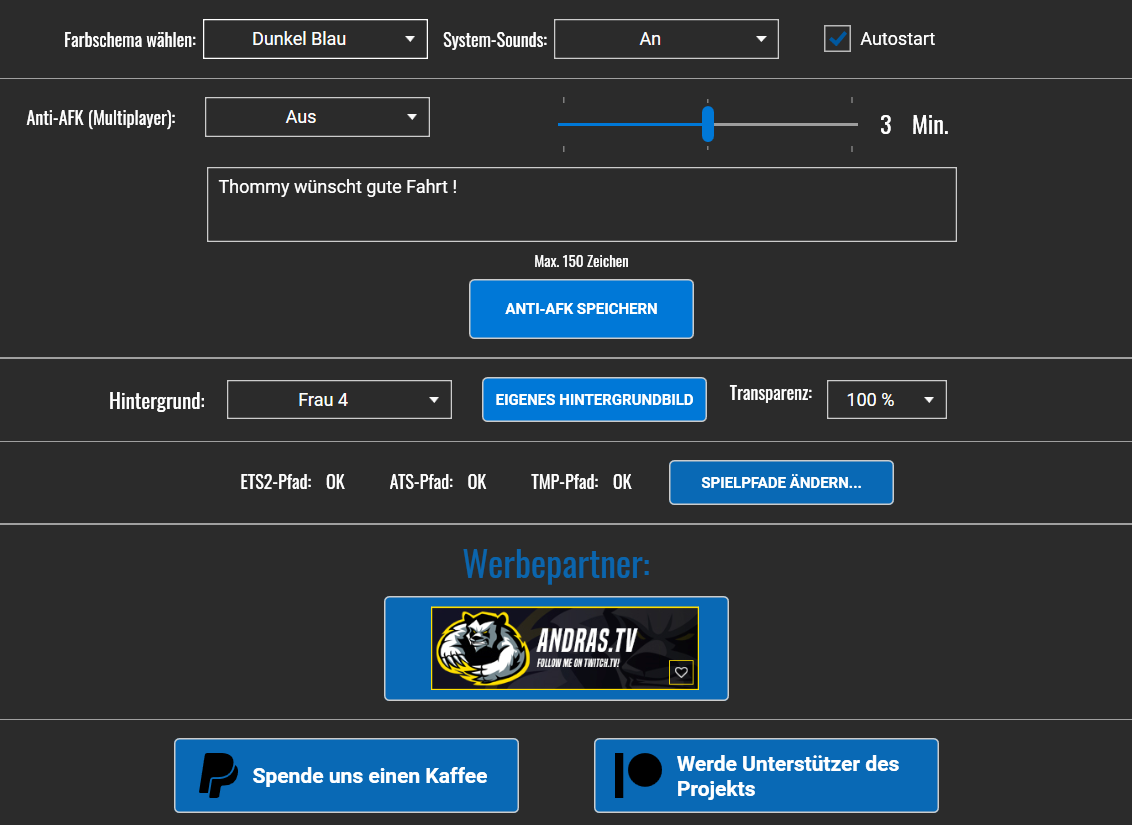 You can of course do a lot more on the website! Let's start with the statistics:

There are separate statistics for drivers and forwarding agents, these are divided into day / month / year. Sometimes you can subdivide the individual tables into distance traveled / income / profit or the like.

It is in the nature of humans to have to measure each other, so the majority were in favor.
(I wouldn't have needed that, but nobody listens to me ;-))
You have had enough of each other If you enjoy the skills of others, you can also look at your own company statistics 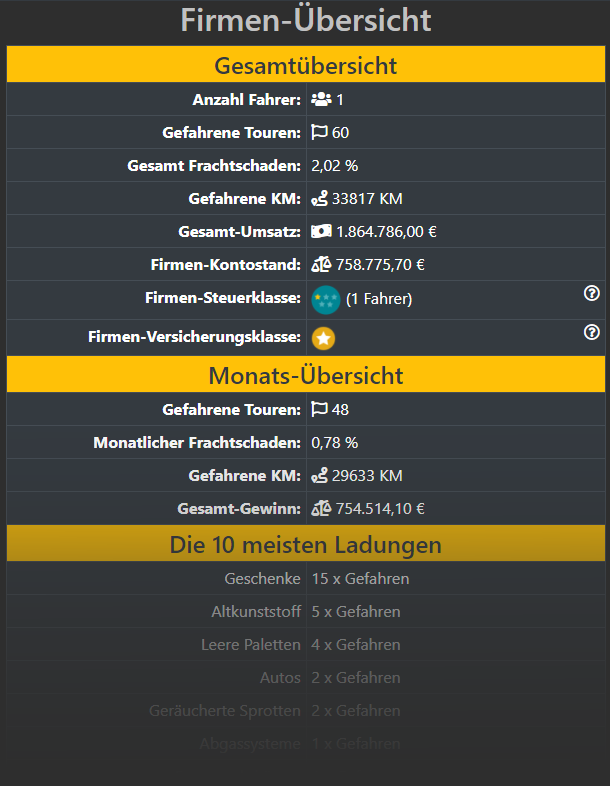 Here you will find a lot of information about the company, accounts, drivers, general data and have everything at a glance.


The heart of the site is probably the logbook in which all trips by the drivers of a forwarding company are listed.

You can view and even print out a consignment note for each tour. 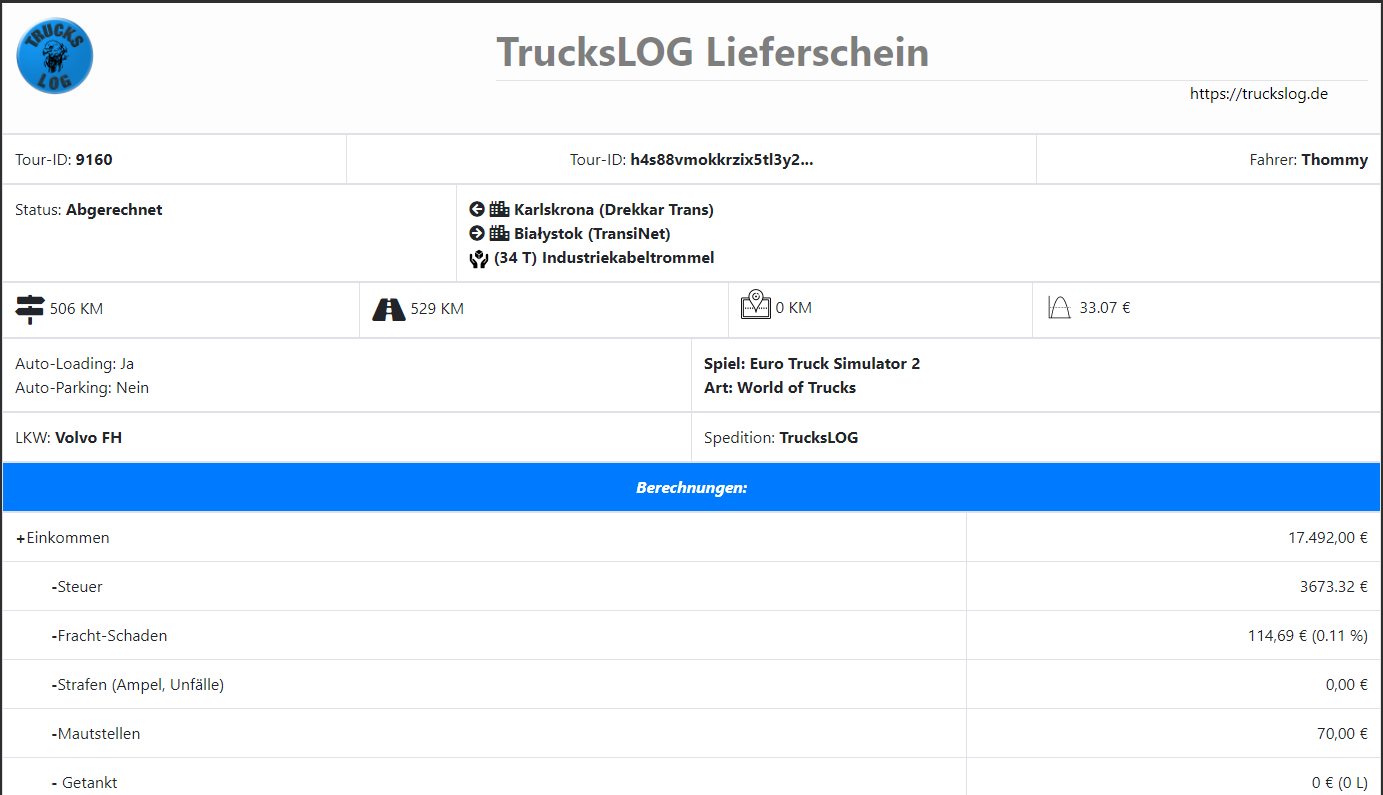 In this waybill all relevant data of the tour are combined and some companies save it as a PDF or in paper format in order to increase the realism value.
You can also make various settings in your company 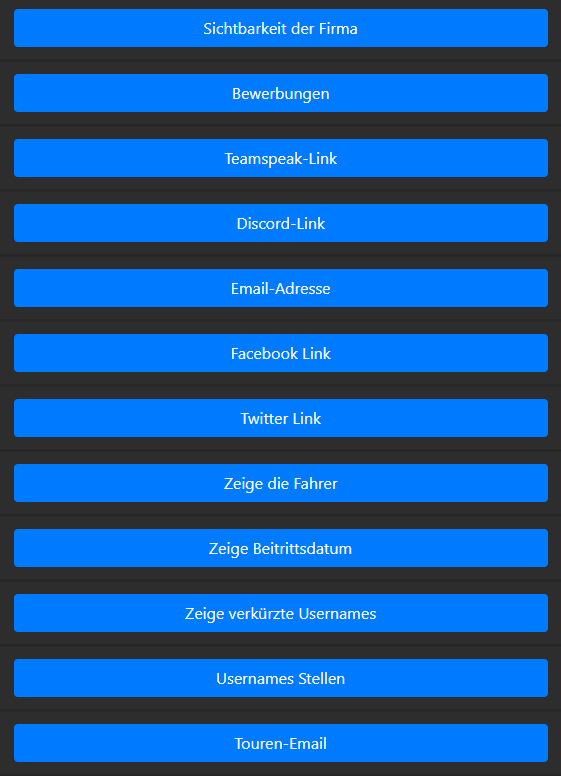 Here, too, we listen extremely to suggestions from the community to adjust the settings and options.

You can enter your company rules, enter your own Teamspeak server, Discord, Twitter or Facebook account, enter the company logo and even specify a minimum age.
You can adjust the driver's wages and pay once a month, you can manage special payments such as Christmas bonuses or vacation pay and assign the drivers rights to what they are allowed to do in your company. 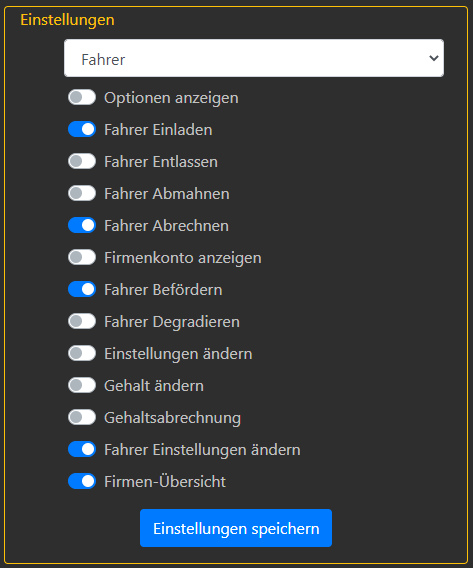 There is still a lot to report or to explain, but I strongly assume that very few people have read this text up to this point, so I'll leave it at that for now.

Other features will be added over time or are already being planned. It doesn't always go as fast as we'd like it to, but patience is a virtue as we all know.
We would be happy to welcome you or your shipping company with us!
The TrucksLOG.de Team! 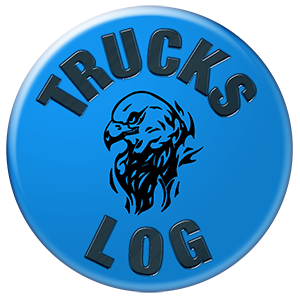 The entered passwords do not match !